Having had to watch the movement to… guess what the teacher said, the girl with a beautiful name – Nang Xuan Hoang Nhi’s learning journey was full of challenges, but it cannot extinguish her dream of carrying the "letters" to the Cham children. 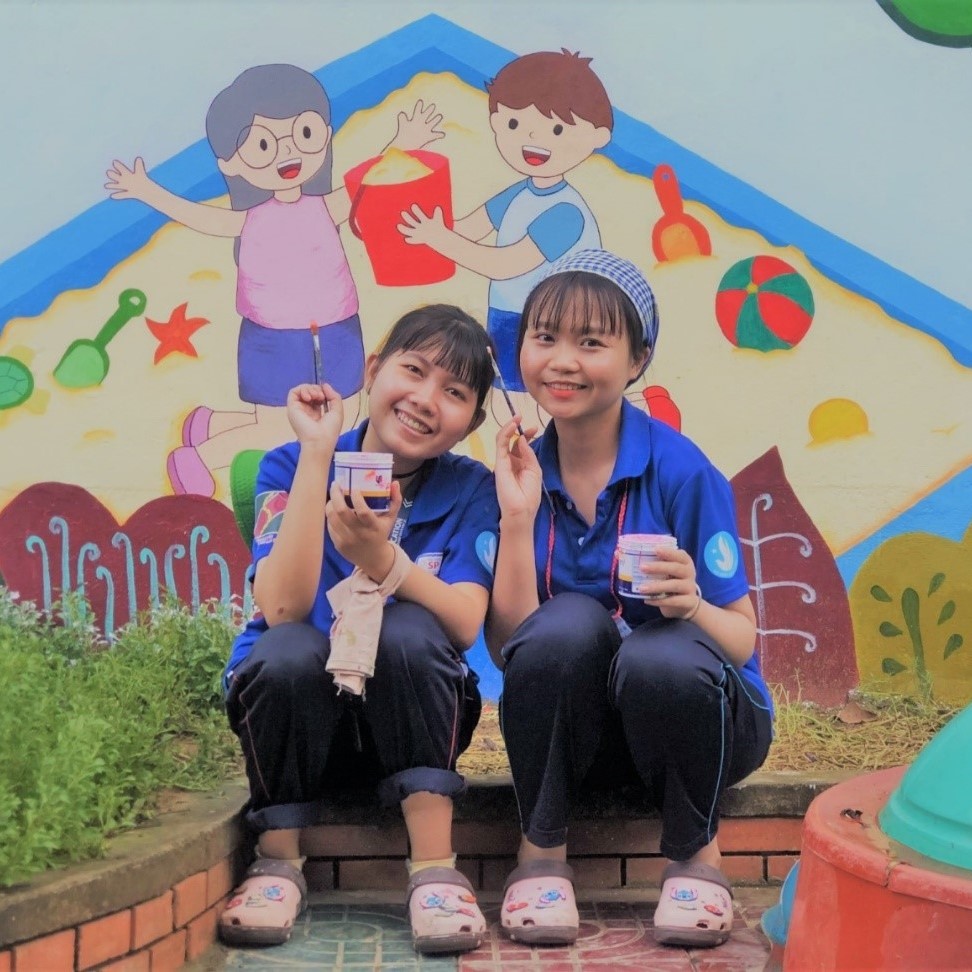 
She once had to guess what the teacher said.

Living in Thanh Y village, Thanh Hai commune, Phan Rang Thap Cham - An extremely difficult area of Ninh Thuan province, where it is often subjected to the harshness of the land known as "sunny as phang, windy like rang", It is such a blessing for the Cham children to be able to go to school. Nang Xuan Hoang Nhi is fortunate to have the attention of her family. They always encourage their children to study to overcome the difficulty. The journey to "find the letters" was actually not easy. In grade 1, there were only 2 Cham students, the rest were Kinh people. Nhi was only exposed to the Vietnamese language through some activities in kindergarten so she did not understand, even the simplest thing was to listen to what the teacher said and requested.

“I try to observe my teacher and friends, then guess what the teacher says. For example: take out the notebook, stand up, read along with her ... It was similar to Vietnamese students suddenly entered the English class and listened to lectures entirely in English. The difficulty was that we were too young at that time, knowing nothing so we were even more confused”, Hoang Nhi recalled.


According to her, these difficulties were not only in grade 1 but also during the following years. Many Cham people tended to quit their education path after finishing high school or choose the easier way such as studying at intermediate or college to find job near their house.


But Hoang Nhi ignited her dream further with a simple urge: The Cham ethnic community must have young people with better education and higher expertise to dedicate to the homeland, especially in the education field. 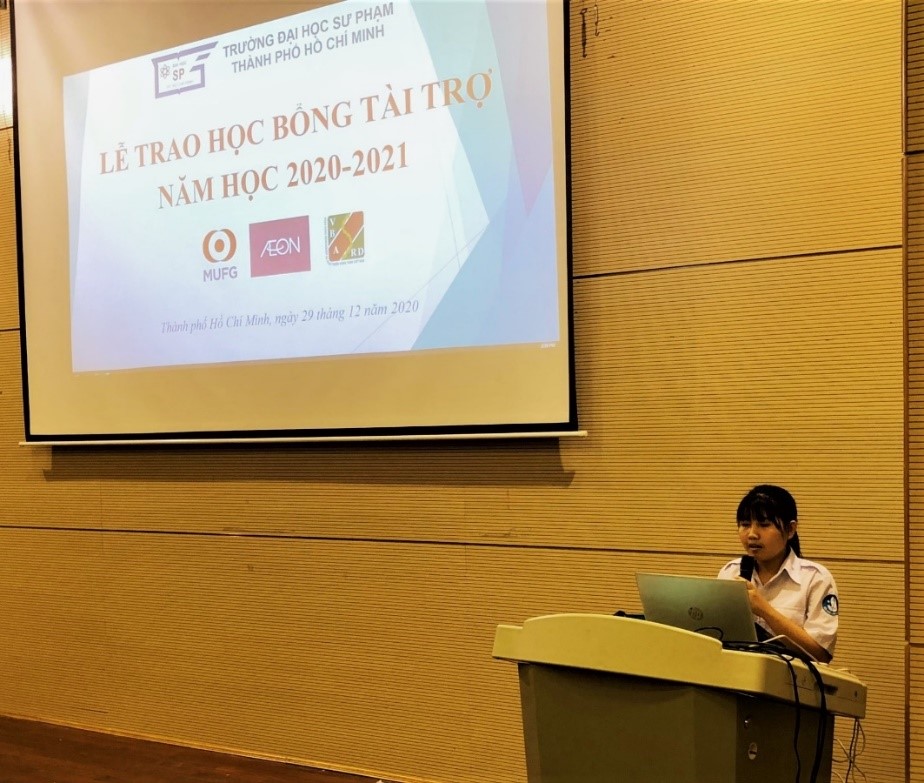 With a strong will, the little girl finally fulfilled her dream when she passed Ho Chi Minh City University of Pedagogy, majoring in primary education.


Nhi still remembers that in the past, the village was still in difficulty. Her grandpa made a small bookcase at home, which was then a treasure for Cham children. They often visited and borrowed some books to read with great joy. Nhi realized that the Cham people were also eager for "the letters" but having little necessary support. Since then, the young Cham girl has always wanted to contribute to the community despite having to meet lots of opposing opinion from her friends and acquaintances that she should choose another industry to easily find a job and have a higher income.


“There is Cham people who have difficulty in listening and speaking Kinh language so being able to read Kinh text is nearly impossible to them. Nhi always believes that education is the foundation to change everything, especially for the future of the Cham community. Because of that, Nhi had decided to choose pedagogics instead of economics or other ones” said Nhi.


Helping Cham children become a "village" teacher is not a simple challenge, teaching Cham ethnic children means not only teaching letters but also having to be close to their parents. Sometimes the teachers have to come to the students’ home to persuade their parents to send them to school. Moreover, teachers teaching them important skills that are lacking, and help them clearly understand the beauty of their culture. Nhi did not wait until her graduation that she returned to her village, she always spent time with the children, even in the summers during her university years.


We also organize fund campaign programs to give small gifts to children, such as notebooks, books and pens which motivate the children a lot. I also dream of organizing more science playgrounds because the children here do not have opportunity to experience them.”


Hoang Nhi said: “During the summer, I participate in local community activities, teaching the children to dance and sing our Cham songs. Through this we wish to preserve the beauty our homeland, and at the same time, teach them about general life skills that are popular with Kinh children but may still be unfamiliar with ethnic minority children such as safety, interaction with strangers... 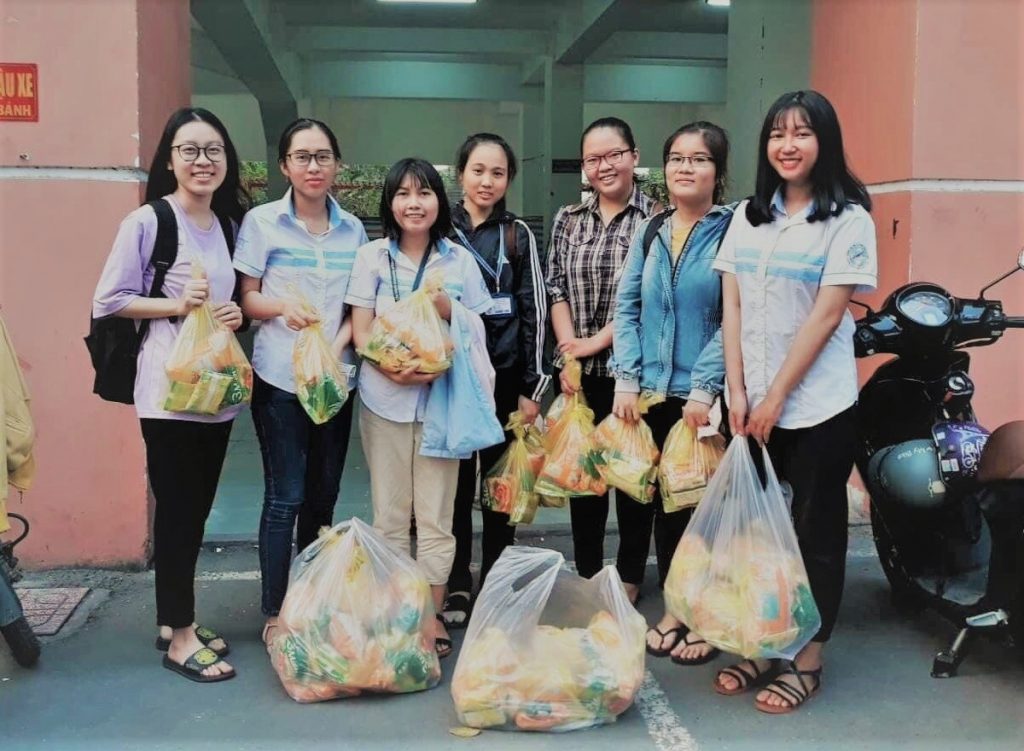 Every summer, Nhi (the third person from the left) with her friends go back to her hometown to organize meaningful educational programs for the Cham children.


When participating in the AEON 1% Foundation's AEON Scholarship interview process, being asked what decision would be made if receiving an invitation from an international school after graduation? Without hesitation, Nhi affirmed that she was going back to Ninh Thuan to teach the Cham children, which was a strong dream that Nhi has pursued since 5th grade. With a better academic achievement day by day, Nhi will not give up that goal. 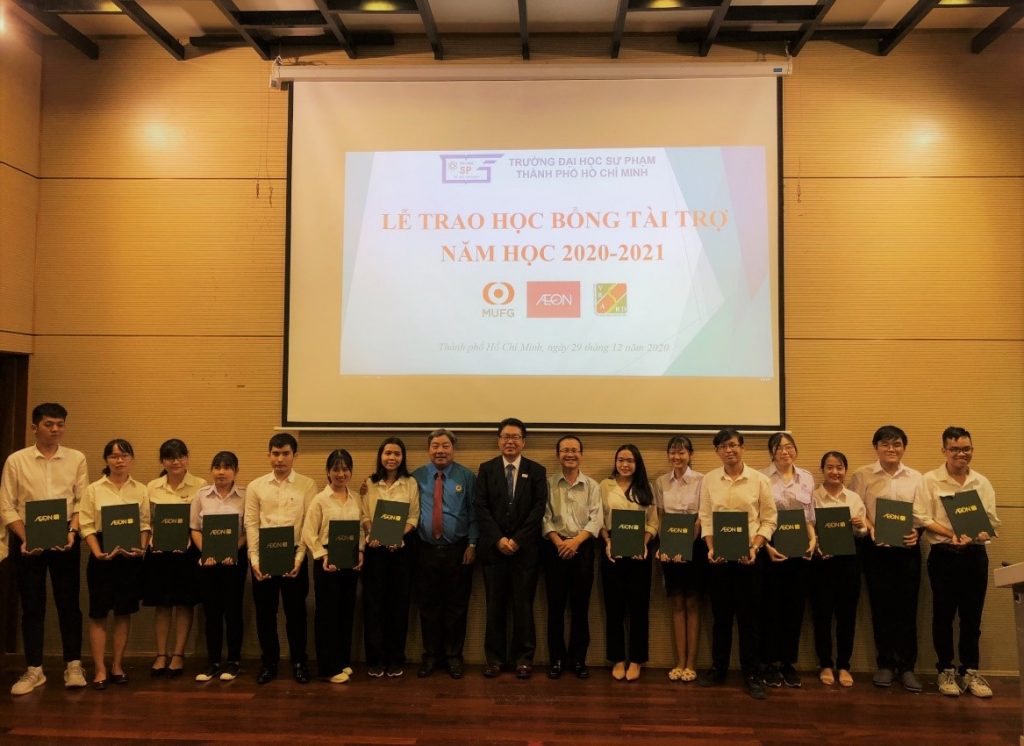 The future "village teacher" (the 4th person from the left) and the excellent students of the University of Pedagogy Ho Chi Minh City are honored to receive an AEON scholarship.


Nhi's sincere response and her story are also the qualities that AEON Scholarship is looking for. Overcoming difficult challenges, asserting herself with academic results and giving her whole-hearted effort to contribute to the community, Nang Xuan Hoang Nhi is the first ethnic minority student to receive an AEON scholarship.


In 2020, in the context of complicated Covid-19 pandemic, for the first time since 2009, with the authorization of AEON 1% Fund, AEON Vietnam Co., Ltd. held the AEON Scholarship Award Ceremony online. Up to now, AEON has awarded nearly 1,100 scholarships to poor students with excellent academic achievements in Ho Chi Minh City and Hanoi.